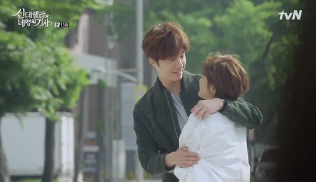 Ha-Won and Ji-Woon began their new dating life on Cinderella and Four Knights, episode 13, and while they did their best to keep it under wraps, Grandpa Kang inevitably found out and forced Ha-Won to either pick Ji-Woon or her future.

Episode 13 passed the race test but it did not pass the Bechdel or Russo test.

Episode 13 passed the race test, and the episode passed this diversity test because there were many instances where non-White individuals talked to each other without mentioning anyone White as the entire cast was Asian and none of the characters ever mentioned White individuals. However, while episode 13 managed to pass this one diversity test, it did not pass others like the Bechdel and Russo.

As to the Russo test, episode 13 did not pass this diversity test because there were no LGBTI characters in the episode.