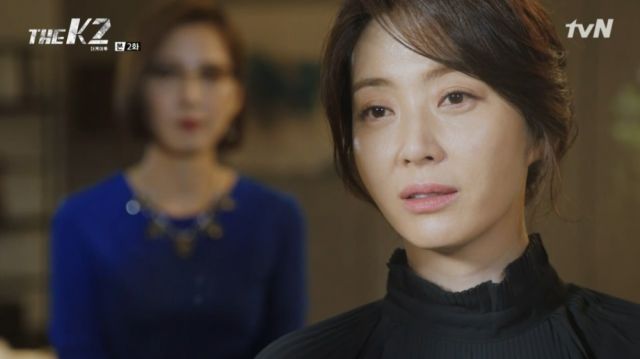 When a man sent by Yoo-Jin threatened Je-Ha and people he cared about on The K2, episode 2, Je-Ha went after Yoo-Jin with a vengeance and he offered her one chance to back off – or else.

As to why episode 2 did not pass the Russo test, there were no LGBTI characters in the episode.